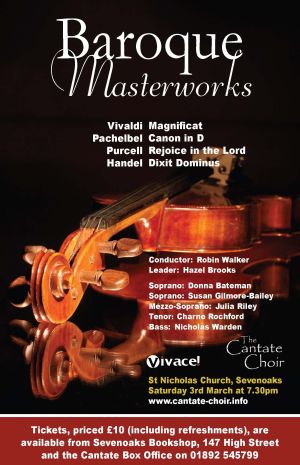 Johann Mattheson said in 1713: In these times, whoever wishes to be eminent in music goes to England. In Italy and France there is something to be heard and learned; in England something to be earned.

These were turbulent but exciting times: the age of empire, when fortunes were to be made at home and abroad. In the hundred years between the birth of Henry Purcell and the death of George Frederic Handel, the Cromwellian Parliament gave way and the monarchy was restored. Some seven or eight monarchs (it depends on how many you consider williamandmary to be) held sway. Purcell’s London was one of the most musically cosmopolitan European cities in the late seventeenth century. During the period of the Commonwealth, music had been pared down to its essentials, dancing prohibited and most musicians became unemployed. When Charles II was restored to the throne, he set about re-igniting the pleasure centres of the nation. Both Purcell and Handel did well from royal patronage in church and theatre alike.

Vivaldi (1678-1741) was working in that other great cultural and commercial city, Venice, which though past its greatest days, still had much to offer and a rich cultural heritage to boast. Vivaldi represented progressive Italian musical thought of his day. His impact was immediate but he died almost totally forgotten in 1741. All his works were composed for definite occasions, many, like the Magnificat, performed by the renowned girls of the Orphanage de la Pieta. His contribution was that vital link in the transition from late Baroque to early Classical style, choosing a simpler harmonic code and clarity of form and structure over ornate polyphonic textures.

The Baroque period was the great age of instrumental music, when the instrument was freed from the position of slave accompanist to the human voice. This is the time of the great violin builders and the birth of the orchestra as we know it. By the end of the seventeenth century there is a noted difference between orchestral music and chamber music. It is fitting that we have a professional orchestra playing on period instruments at the pitch which would have been played in Handel’s own performances, approximately a semitone lower than modern pitch. The Canon in D is sumptuous baroque polyphony for strings by the ‘one-hit wonder’ Johann Pachelbel. Only the cellists dread it. 54 repetitions of the same eight-note ground bass. YouTube fans (and cellists) will enjoy a video called Pachelbel Rant on the subject of this piece (http://www.youtube.com/ just to show how modern we are in Cantate!)

Purcell (1659-1695) was the first English musical genius after William Byrd and last great composer in this land before the twentieth century. He was appointed organist of the Chapel Royal in 1682 and his verse anthems date between then and 1685. Charles II had ordered the use of instrumental sections in church music and Purcell rose to the challenge with a string of beautiful anthems (English) and motets (Latin). He also has a possibly unique body of funeral music for monarchs to his credit (see above).

Handel (1685-1759) was truly cosmopolitan, combining German seriousness, Italian suavity and French grandeur. These qualities matured in England, which was the centre for internationalism with a choral tradition which made his oratorios possible, when the popularity of Italian opera began to wane. A great orchestral innovator, he was noted for his imaginative use of instrumental colour, for word painting and dramatic effect. Dixit Dominus dates from his time in Italy and is a thunderbolt of a piece from a young and confident composer. Acknowledged as one of the great composers for chorus, he handles the texture and voice range in masterful fashion. He is not afraid to go after the poetic effect. Listen out for Conquassabit capita in terra multorum in No.6 of Dixit Dominus, when the Lord shatters the heads of the multitude, literally pounding them into the ground. Handel was internationally renowned in his own lifetime and his fame was never eclipsed.