Review of the concert by The Cantate Choir at St Martin’s Church, Brasted – 30th November 2002

St.Martin’s Church, Brasted was full on Saturday evening when a very enthusiastic audience supported the Sevenoaks-based Cantate Choir under its new conductor, Robin Walker. The choir members are all experienced, local singers, but the conductor, organist and soprano soloist are young professional musicians; a blend which certainly produced splendid results in this programme of liturgical music by Charpentier, Bruckner and Poulenc.

The church is notable for its striking new roof and beautiful organ – both works of great craftsmanship. The organ was heard in accompaniment and solo roles. Steven Grahl captured truly authentic French Baroque sounds in the attractive noels which act as interludes in Charpentier’s Messe de Minuit. As accompanist in Poulenc’s Gloria he displayed extraordinary virtuosity, producing genuine French cathedral sonorities. He was always sensitive to Robin Walker’s authoritative conducting and soprano soloist, Benedikte Moes’s fluid and expressive lines.

Interestingly, Charpentier’s Mass, because of its lack of contrast in the vocal textures and tonalities characteristic of this seventeenth century style, restricted the choir to a rather monochrome style. The liturgical scenario was confirmed by Robin Walker’s cathedral-choir style of conducting. This elicited a smooth, warm-toned but unremarkable, and occasionally imprecise choral sound. However, delightful interludes were interpolated by solo voices and small ensembles from within the choir.

Holding the choir back in this way meant that the bolder contrasts in tone and dynamics needed for Bruckner’s motets were particularly telling when they arrived. Here the passion and intensity of Bruckner’s Romanticism, coupled with his genuine religious austerity, made a fascinatingly shifting musical scene.

Poulenc’s Gloria is an extraordinary amalgam of sacred and secular theatricality. This enabled Robin Walker, now with a more secular conducting style, to draw long, sinuous lines from his choir, but also contrast them with incisive attacks and striking dynamic contrasts. Ensemble was tight, yet flexible. In the movements with soprano solo, Benedikte Moes sang antiphonally with the choir, at other times her voice floating above them. She demonstrated an effortlessly impressive range of pitch and tonal control. She could be both operatic and hauntingly introspective.

This was an evening where the musicians communicated directly with their appreciative audience. Clearly both the choir and its conductor will go from strength to strength as they work together in the future.

Benedikte sang with the choir during its performance of Poulenc’s Gloria in November 2002. 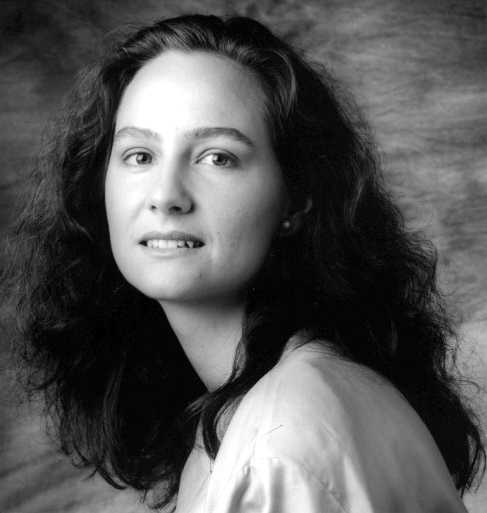 Benedikte Moes was born in Denmark and began her training at the age of 12, singing with the Girls’ Choir of Radio Denmark.

In 2001 Benedikte performed the role of Mimi in Clonter Opera’s production of Puccini’s La Boheme.

Steven Grahl played with the choir during its performance of Charpentier’s Messe de Minuit and Poulenc’s Gloria in November 2002. 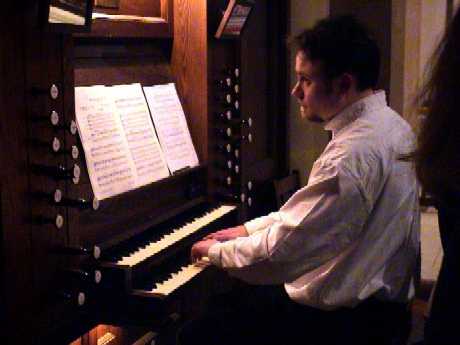 Steven Grahl’s musical training began as a chorister at Derby Cathedral, where he was later sixth-form organ scholar. Following a similar gap-year position at Norwich Cathedral, he won the organ scholarship to Magdalen College, Oxford, combining reading for a music degree with playing for the daily chapel services. Whilst at Oxford, Steven played for several broadcasts, directed the chamber choir Musica Beata, and also conducted concerts given by the Academical Clerks of Magdalen College. Following his Final Organ recital, Steven was awarded the Betts Organ Scholarship for further study, and graduated with a 2:1 in Music in June 2001.

Having been Assistant Organist at St Marylebone Parish Church, Steven is now Director of Music there, where he has responsibility for the 10-voice professional choir and Rieger Organ. He combines this position with a postgraduate scholarship to the Royal Academy of Music, studying the organ with David Titterington.

In early 2002, Steven won the Limpus and Dixon prizes in his FRCO examination, and was recently awarded the Worshipful Company of Musicians Silver Medallion.

Steven has played in masterclasses given by Andrea Marcon, Kei Moito, and Marie-Clarie Alain, among others, and recent recitals have included St Michael’s Cornhill, Lincoln Minster, Bath Abbey, Norwich Cathedral and Westminster Cathedral.

Steven is much in demand as an accompanist on both the organ and the piano, and in addition to his freelance work is accompanist to The Chiltern Choir. Other interests include singing and jazz piano.