Francesco performed with the Cantate Choir in the Handel’s Messiah in January 2016. 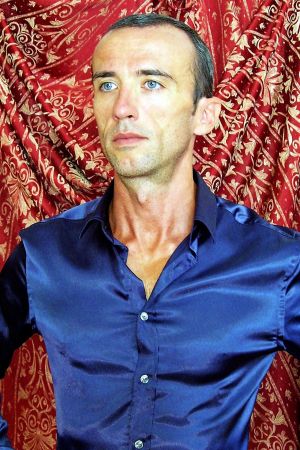 Francesco Ghelardini was born in Florence and has studied Singing with Kathleen Lafferty at the Conservatorio Luigi Cherubini, where he also studied Recorder with David Bellugi. He attended classes in baroque performance with Rossana Bertini, Jill Feldmann, Gloria Banditelli and Christophe Rousset.

He has sung with such recognized conductors as Rinaldo Alessandrini, Peter Phillips, Andrew Lawrence-King, Alan Curtis and has been regularly invited to many leading festivals in Italy and abroad, such as Festival Monteverdiano di Cremona, Festival Pucciniano di Torre del Lago, Festival di Spoleto, Accademia Chigiana, Auditòrio Nacional de Musica de Madrid, Maggio Musicale Fiorentino, Milano Classica, Barocktage Stift Melk. He has sung the main part in Alessandro Melani’s Il Sacrificio d’Abel with Concerto Italiano under conductor Rinaldo Alessandrini at the early music festival Trigonale in Klagenfurt (Austria) and in Cuenca (Spain) at the Semàna Musica Religiosa. He has sung the title role in Carissimi’s Historia di Job at the Queen Elizabeth Hall in London and at Festival Barocco in Viterbo. In Florence at the Teatro della Pergola he has played the role of Amore Divino in A. Scarlatti’s Trionfo della Vergine SS with the baroque orchestra Il Rossignolo and the roles of Secrecy, Mopsa and Chinese Man in Purcell’s Fairy Queen at the Teatro Goldoni with Maggio Fiorentino Baroque Orchestra. Most recently he has been Cornelia in Scarlatti’s Il Trionfo dell’Onore at the Teatro Verdi in Pisa.

His recordings, for labels like Opus111, Divox Antiqua and Tactus, include Monteverdi’s Vespro della Beata Vergine for OPUS111 with Concerto Italiano and Cesti’s Le Disgrazie d’Amore for Hyperion with Auser Musici (The Courtier).

Rapidly establishing himself at the forefront of the new generation of countertenors, James Laing studied at Uppingham School and was a choral scholar at Trinity College, Cambridge. He furthered his studies at the Royal College of Music with Robin Blaze. He was selected by Opera Now as amongst Who’s Hot for his performance as Nerone Agrippina at the London Handel Festival. His broadcast work includes Sports Personality of the Year for BBC TV, In Tune for Radio 3 and Midweek for Radio 4. A feature interview appeared in the January/February 2007 edition of Opera.

James Laing’s engagements have included Oberon A Midsummer Night’s Dream and Raphael Tobias and the Angel for ETO, Raphael Tobias and the Angel at the Young Vic and for the Oundle Festival, Refugee Flight for Glyndebourne Festival Opera, Nerone Agrippina and John Brockes Passion at the London Handel Festival, Medoro Orlando for the Early Opera Company Pastor L’Orfeo for Opera North, Zephyrus Apollo and Hyacinthus for OTC, Dublin, and the Classical Opera Company, the B Minor Mass with the City of London Sinfonia in St Albans Abbey, the St John Passion at Symphony Hall, Birmingham, Messiah with the Apollo Chamber Orchestra, the English Chamber Orchestra and the Hallé Orchestra, the William Byrd Festival with Pacific Northwest Viols in the USA, The Scarlatti Dynasty at the Blumental International Music Festival, Israel, and Other Shakespearean Dreamers at The Liceu, Barcelona.

William sang with the choir during its Magnificat! concert in January 2003.

A graduate of Magdalen College Oxford, William attended the Opera Course at the Guildhall School of Music and Drama, where he received the John Clifford Pettican Award and was a finalist in the 1997 Gold Medal Competition. In 1995 he was a finalist in the Kathleen Ferrier Awards and a winner of the NFMS Young Concert Artists Award, and in 1997 won the Silver Medal from the Worshipful Company of Musicians. He studies with David Pollard.

In concert he has sung with the Orchestra of the Age of Enlightenment, the King’s Consort, the New London Consort, the Musicians of the Globe, the Hanover Band, the Irish Chamber Orchestra, the Bournemouth Symphony Orchestra, the Purcell Quartet, Concordia, La Cetra, the BBC Concert Orchestra (Friday Night Is Music Night), I Fagiolini and Cantabile. He has given recitals at the Wigmore Hall, the Barbican and the Purcell Room as well as in Innsbruck, Graz, Passau, Brezice and Radjovlica. This year, he will be appearing in a BBC documentary about William Shakespeare.