Elizabeth performs regularly with the Cantate Choir in various concerts. 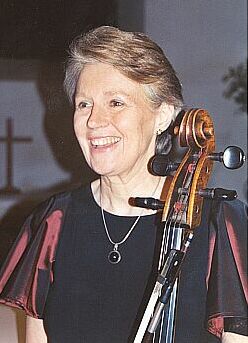 Elizabeth Moore played in the National Youth Orchestra before being awarded the Sterndale Bennett Scholarship to study at the Royal Academy of Music. She was continuo ‘cellist for the Thomas Tallis Society for 10 years and performs for music clubs and festivals with chamber groups and as recitalist. Together with the Amicitia String Quartet, she broadcast on Classic FM’s Masterclass in 1994 and with The Chantry Choir for the BBC In Praise of God series in 1998. She has taught at Sevenoaks School and privately since 1971.

Clifford performed with the choir in its Summer Love Songs & Jazz concert in June 2003.

“I was lost in admiration for the elegance of Clifford Benson’s playing“. Gramophone

“The evening’s pianist was Clifford Benson who played as if he had composed the music himself, here and in older works as well.” The Times

“Clifford Benson showed himself an equally graceful and adept pianist in every style required of him.” Sunday Times

Clifford Benson, who is the pianist performing with the choir at their concerts in March 2003.
Clifford is probably unusual as a pianist, in that his career spans the whole range of the piano repertoire. He performs as a soloist in recitals and concertos, as a chamber musician with long-standing colleagues William Bennett, Trevor Wye, Levon Chilingirian and Thea King, and as an accompanist, in particular with the baritone Stephen Varcoe.

Clifford is known for his outstanding musicianship and sensitivity, his strong feeling for poetry and colour, and for the passion that he imparts in his performing and teaching.

He was born in Essex, England, and studied at the Royal College of Music with Cyril Smith and Lamar Crowson. Whilst there, he was awarded the Chopin Sonata Prize, the Geoffrey Tankard Lieder Prize for Accompaniment, and the Tagore Gold Medal as the outstanding musician of his final year. A Martin Music Fund Scholarship, awarded by the New Philharmonia Orchestra, enabled him to further his studies.

With the violinist Levon Chilingirian, he was first prize-winner in the BBC Beethoven and the Munich International Duo Competitions, which led to numerous collaborations with prestigious artists, to solo and chamber music recitals and to recordings for BBC Radio 3 and Classic FM.

Clifford was the pianist for the Jacqueline du Pré masterclasses on BBC 2 television and has appeared as a soloist and chamber musician at the Proms. A member of the Nash Ensemble for many years, he enjoyed a wide-ranging repertoire, performing with such artists as Cleo Laine, Eartha Kitt, Marion Montgomery, Sarah Walker, John Taverner and Sir Simon Rattle. He has also worked with conductors Sir Charles Mackerras, George Hurst, Daniel Barenboim and Sir Neville Marriner.

Clifford enjoys composing and has given some notable world premières of other contemporary composers, including:

As a recording artist, Clifford has encompassed a whole range of styles from Mozart to the present day. Apart from his recordings for Hyperion, specialising in English music, he has covered much of the flute and piano repertoire with William Bennett and Trevor Wye, and has recorded other combinations for Chandos, CRD and Deutsche Grammophon.

Clifford currently teaches solo piano and gives piano chamber music workshops at the Royal Academy of Music, London. He has adjudicated at many music festivals, at the major colleges of music in Britain, and has been a panel member for the BBC Young Musician of the Year. Travelling for much of the year, he has given recitals and masterclasses in Europe, the Middle and Far East, the USA and Canada.

This wonderfully varied programme conducted by Robin Walker was presented to a capacity audience in the sympathetic acoustic of St John’s Church.

The Liebeslieder waltzes of Brahms which opened the concert were sung with well-shaped phrases and excellent pronunciation. Overall, the women’s voices came across much better than the men’s in their respective solo passages, and the sound remained well-controlled in the louder items. The piano duet accompaniment played by Clifford Benson and Junko Nakamura was played with great sensitivity.

Schumann’s Fantasiestücke for cello and piano were performed by Elizabeth Moore and Clifford Benson in a very expressive way with an excellent sense of rubato. It was a pity, however, that the cello was poorly positioned and did not project well, forcing the pianist to hold back a little too much in the final piece.

Elgar’s There is sweet music is a challenging work for unaccompanied 8-part choir incorporating a complicated key scheme. Unfortunately the performance suffered from tuning problems as a result, but the choir captured the enigmatic quality of the text very well.

The jump to the early seventeenth century for a selection of madrigals worked very well. All were sung with an excellent sense of style and contrast, but there were some problems of balance and pacing in one or two items. Most impressive were the two quiet numbers (Weep you no more, sad fountains by Dowland and The Silver Swan by Gibbons) which were very well controlled.

Prelude, Fugue & Riffs for cello and piano by local composer Laurie Dunkin Wedd was excitingly performed, despite some tuning problems in the difficult first movement. The virtuoso last movement seemed curiously out of character with the rest of the work – it would doubtless sound better played by a rock band!

The concert concluded with four well-known jazz items from 1930s New York. Sadly, In The Mood and I Got Rhythm lacked a certain amount of the sparkle and energy that the music is crying out for, but the gentler Night And Day and Deep Purple were performed with great skill and excellent interplay between the voices. 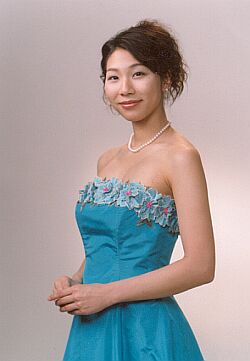