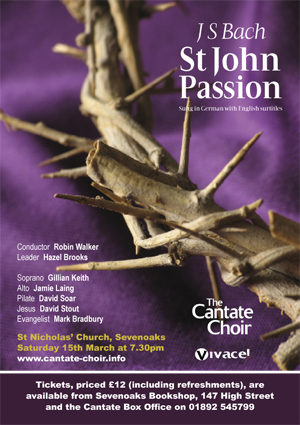 Whereas the Honorable and Most Wise Council of this Town of Leipzig have engaged me as Cantor of the St. Thomas School… I shall set the boys a shining example… serve the school industriously… bring the music in both the principal churches of this town into good estate… faithfully instruct the boys not only in vocal but also in instrumental music… arrange the music so that it shall not last too long, and shall… not make an operatic impression, but rather incite the listeners to devotion… treat the boys in a friendly manner and with caution, but, in case they do not wish to obey, chastise them with moderation or report them to the proper place.

Thus wrote Johann Sebastian Bach when he was appointed Cantor of the St Thomas’ Kirche in Leipzig, a post he held for the rest of his life. His job involved teaching the boys, around 55 of them, Latin and music. They formed the body of the choirs in the two main churches and these he supplemented with university students and local musicians. He was required to write a new setting every week to be performed in one of the two churches and thus amassed a catalogue of well over 350 works for use in church that we know of and many more that are lost.

I wonder what you ever had to do in order to get a job? An interview, a presentation, nepotism? J S quickly knocked off a Passion according to St John’s Gospel, performed it in the church and, hey presto, the job was his! The Most Honourable and Wise Council clearly recognised genius when they heard it. Mind you, he was not without his critics. Many thought that this highly individual and dramatic setting was far too operatic for Lutheran tastes in 18th century Germany. It was written of an unidentified Passion performance that ‘All the people were thrown into the greatest bewilderment… An elderly widow of the nobility exclaimed: “God save us, my children! It’s just as if we were at a comic opera”.’

More recently, scholars have argued back and forth as to whether John or Johann or both were anti-semitic. Bach knew his theology and was devoutly Christian. He wrote everything ‘to the glory of God’ and the Johannes-Passion is no exception. His job was to be a ‘musical preacher’ to the people of Leipzig and he wrote with the heart of a faithful servant, who acknowledged that Jesus was ‘the Lamb of God, who takest away the sins of the world’. He understood that there were Rabbinical Jews and Christian Jews and his music reflects dramatically the difference. His great choruses describe the brutish and unnerved crowd, who would have Jesus crucified. His arias are the meditation and response to these dramatic events of betrayal and death. But it is the wondrous chorales that are the voice of the Lutheran church-goers, who must participate in and accept their part in the story as it unfolds:

Who hath thee now so stricken, My Saviour, and with torments. Such ill upon thee laid? I and my transgressions, Which to the grains are likened, Of sand beside the sea.

The Passion itself has many historical antecedents. The Chorus, like that of Ancient Greece, comments upon and observes the action. Medieval passion plays had three voices, one for the Narrator, one for Christ and one for everyone else! In time, this third voice was split into chorus and soloists to take named roles. The addition of basso continuo and developments in opera forms in the 16th century paved the way for the infiltration of instruments. It is Bach’s orchestrations that are as memorable as his vocal scoring in the Passions. His use of unusual, even archaic instruments, and pictorial effects, such as the extraordinary cello arpeggios to represent the cock crowing at Peter’s betrayal, gives rise to an aural landscape, which lives in the ear long after the music has stopped.

The final dimension, of which we must speak, is the intellectual grandeur of Bach’s work. He had an interest in numerology, which places faith in number patterns and their connections with things spiritual and corporeal. Part 2, which deals with the trial before Pilate and the Crucifixion, is a palindromic structure of identical choral fugues with different words (‘Wir haben ein Gesetz’ and ‘Lässest du diesen’). In between, in the midst of all this horrific scene of betrayal, horror, crowd hysteria and injustice, is a sublime chorale: Durch dein Gefängnis, Gottes Sohn, Muss uns die Freiheit kommen (Through your prison, Son of God, must our freedom come). The axis of symmetry for the whole work places as the very centre the narrative in which Jesus’ fate is sealed. 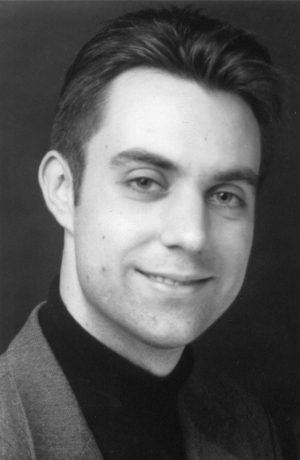 Mark Bradbury was born in Cheshire and studied at the Royal Academy of Music. He was a member of the Glyndebourne Chorus from 1999-2005 and made his solo Glyndebourne debut at the Queen Elizabeth Hall in 2001 singing Bartholomew The Last Supper (Birtwistle). Other operatic roles include Parpignol La Boheme (RAH Raymond Gubbay), Arbace Idomeneo, Acis Acis and Galatea, Monostatos Die Zauberflote. As a founder member of European Voices, under Sir Simon Rattle, he has sung in Berlin and Salzburg in Les Boreades (Rameaux), Peter Grimes (Britten), and Wonderful Town (Bernstein). Concert work has included Bach’s Christmas Oratorio (RAM for Classic FM), Mozart’s Mass in C (QEH), Bach’s St John Passion (St John’s Chapel, Cambridge).

Rapidly establishing himself at the forefront of the new generation of countertenors, James Laing studied at Uppingham School and was a choral scholar at Trinity College, Cambridge. He furthered his studies at the Royal College of Music with Robin Blaze. He was selected by Opera Now as amongst Who’s Hot for his performance as Nerone Agrippina at the London Handel Festival. His broadcast work includes Sports Personality of the Year for BBC TV, In Tune for Radio 3 and Midweek for Radio 4. A feature interview appeared in the January/February 2007 edition of Opera.

James Laing’s engagements have included Oberon A Midsummer Night’s Dream and Raphael Tobias and the Angel for ETO, Raphael Tobias and the Angel at the Young Vic and for the Oundle Festival, Refugee Flight for Glyndebourne Festival Opera, Nerone Agrippina and John Brockes Passion at the London Handel Festival, Medoro Orlando for the Early Opera Company Pastor L’Orfeo for Opera North, Zephyrus Apollo and Hyacinthus for OTC, Dublin, and the Classical Opera Company, the B Minor Mass with the City of London Sinfonia in St Albans Abbey, the St John Passion at Symphony Hall, Birmingham, Messiah with the Apollo Chamber Orchestra, the English Chamber Orchestra and the Hallé Orchestra, the William Byrd Festival with Pacific Northwest Viols in the USA, The Scarlatti Dynasty at the Blumental International Music Festival, Israel, and Other Shakespearean Dreamers at The Liceu, Barcelona.

David Stout studied Zoology at Durham University, sang with the choir of St. John’s College, Cambridge and studied on the Opera Course at the Guildhall School of Music and Drama, where he was recipient of the John Hosier Scholarship, the Harold Rosenthal Award and the Principal’s Prize 2006. He continues to study with Rudolf Piernay.

His extensive oratorio repertoire includes many of the major works. Operatic roles with British Youth Opera, Grange Park Opera and other companies have lead to roles in The Magic Flute and Carmen for WNO.

Forthcoming engagements include Sea Symphony in Gloucester Cathedral with the LPO, The Creation in the Cadogan Hall, Cimarosa Il Maestro di capella with the Haffner Orchestra, Matthäus Passion with the Hallé and a recording of The Creation with Edward Higginbottom and the Choir of New College Oxford, alongside roles with WNO and ENO.