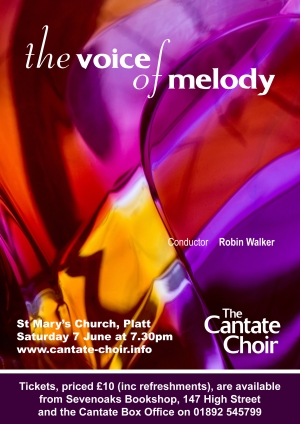 Sing praise with the voice of melody (Psalm 98)

Melody and the human voice are almost synonymous in our minds and in our bodies. The human vocal folds (cords) are distinctively different from those of any other species and a human spoken voice that cannot produce differences in pitch will sound artificial, robotic. Language itself depends on the different inflections to a greater or lesser degree. Compare the musical Welsh lilt with the uplifting and questioning Australian. In Chinese, get your inflection wrong on the syllable mu and you could be calling your mother a cow!

The instrument built to try to recreate what the human vocal pipe can do is the organ but it requires hundreds of tongued pipes to reproduce the single flexible physiology of the human organ and it is this very flexibility which it cannot copy. Hardly surprising then that composers have chosen to use the combined human voices of our choral tradition, occasionally accompanied by its mechanical equivalent, the pipe organ, to give expression to our highest thoughts and aspirations as set down in hymns, psalms and songs of praise.

Melody is defined in the Grove Dictionary of Music as ‘a series of musical notes arranged in succession, in a particular rhythmic pattern, to form a recognizable unit.’ It goes on to aver that ‘the breakdown of the tonal system in the 20th century, and the freer use of chromaticism and large leaps, has made melody less easy to apprehend.’ Well, this concert should give you a view of melody such as you have never had before and completely put the lie to the assumption that modern composers cannot ‘do’ melody.

Throughout this programme think of melody as the skin: that marvellous stretchy, sinuous, tactile, breathing, enveloping layer which can constantly renew itself. Below it may be bones and blood, organs and gooey bits but it is the skin which we see and which we so lovingly paint and adorn and nurture. Skin can be delicate, thin and fragile or thick, strong and tanned as leather. So it is with melody in the hands of all our composers. The words are the make-up, the tattoos or the freckles which accentuate the natural expression of the skin.

Benjamin Britten in his Jubilate (O be joyful in the Lord) remembers the natural pitch difference of about a fourth, which distinguishes the tenor from the bass and the soprano from the alto voices. He works them in pairs in this way for much of the anthem. In the middle and at the end, all combine on close chords in the rhythms of speech as if chanting a psalm.

Arvo Pärt, born in Estonia in 1935, says that a single note well played is enough. His music is spare and subtle and his setting of I am the True Vine (John 15 1-14) is an intensely beautiful masterstroke. Written in 1996 for the 900th anniversary of Norwich Cathedral, there is but one set of words thrown oh so gently from voice to voice. Singly or in pairs or trios, the words and syllables are scooped back and forth and up and down like some slow motion tennis match. One continuous skin, thick and thin. Just listen to how he ends it!

John Rutter and Ernest Bullock were immersed in the English choral tradition and knew well how to breathe life into simple melodic lines and enrich them with the Botox of luscious inner parts, making the words shimmer and glow.

Jyrki Linjama from Finland wrote his setting of Salve Regina in 2005. This is melody pulled and teased and massaged from a single note A. Despite any amount of twisting and turning, the grip of that note can scarcely be broken until the very end when we realize that A was the question and the answer is D. Brilliant!

Faire is the heaven by William Harris to words of Edmund Spenser is one of those unforgettable choral experiences. Double choirs vie with each other on one constant melodic journey which pours ecstasy on top of bliss. This is not just melody, this is M & S melody! ‘The image of such endlesse perfectnesse’.

Cantate have featured work by Nimrod Borenstein before. This distinctive young Israeli composer, working in Britain, brings a refreshing simplicity to the setting of words and is not afraid to turn them around to his musical purpose. Busy organ accompaniments provide the circulatory system upon which the vocal lines can prosper and grow. The words of these three psalm settings are familiar but the guise is new.

Arnold Bax is better known for his large-scale and exciting orchestral works. Lord thou hast told us is a hymn setting of such perfect simplicity and beauty that it is hard to believe it is from the same pen. It reminds us that many of our best-loved hymn tunes were written by first-rate English composers.

Charles Wood (1866-1926) stood in the shadow of Charles Villiers Stanford as organist, choral trainer and composer in Cambridge. His church work is similarly potent as this great double choir anthem demonstrates. It leaves out sopranos to give a weight and richness to the sound, which the words demand.

Our final work is a world premiere by Nimrod Borenstein. Written especially for his friend Robin Walker, this is a setting of Hamlet’s To be or not to be speech by Shakespeare for choir and organ. It is as if four people, not one, are on the stage musing on whether to die, to sleep, perchance to dream. Each voice goes its own way, makes its own comment, in scales, in arpeggios, slowly, quickly, up and down. If this is skin, then it is skin with an itch: to be or not to be…

Nimrod’s piece, If I Rise, will be sung by the choir for its third performance since its premier in London in 2006. It was sung during its Remember! concert in November 2006 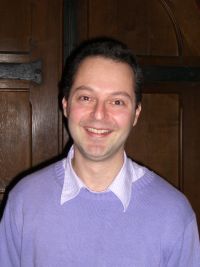 Vladimir Ashkenazy recently heard Nimrod’s music for the first time and has given him his full support. Nimrod Borenstein has won several international composition competitions and his works are gaining a worldwide reputation with performances throughout Europe, Canada, Australia and the USA.

Nimrod Borenstein holds postgraduate diplomas from the Royal College of Music and the Royal Academy of Music where he was a Leverhulme Trust Fellow and is now listed amongst the alumni, as an illustrious past student. He is a Laureat of the Cziffra Foundation of France. Nimrod Borenstein has publishers in Europe and the USA.

Nimrod’s latest works for orchestra are receiving exceptionally enthusiastic reviews from the press and becoming part of the repertoire of many orchestras in Europe and the USA. The Shell Adagio for Strings, commissioned by the Oxford Philomusica (UK), was performed over 30 times by 16 different orchestras during the last season, including a very moving performance by the National Children’s Orchestra of Great Britain in August 2006. World premieres in 2007 include Elves and Mirrors for solo violin & orchestra (USA, South Dakota, February) and Lynx for orchestra (USA, Virginia, May).