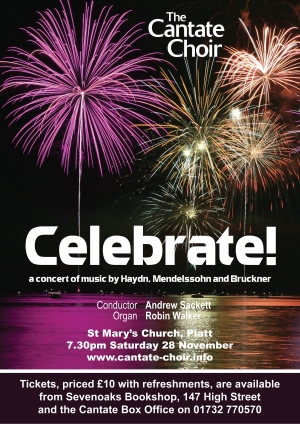 Music is the voice that tells us that the human race is greater than it knows. Napoleon Bonaparte

If you peruse the quotations of Napoleon Bonaparte, they are invariably short, pithy and cynical. They seem to tell us all we need to know about this man’s sense of self and his vaunting ambition, which took him and his troops across Europe and into Russia. And yet, something about music must have moved even his dogged soul. His actions and the aftermath affected the lives of all three of tonight’s composers directly or indirectly.

Much of Joseph Haydn’s career was spent working in the service of the Austro-Hungarian Esterhazy family. He said that the isolation of working for them forced him to be original. As his fame spread, he was allowed the freedom to travel and spent many successful years in London as guest of impresario Johann Peter Salomon. When he returned to Vienna in 1795 after such a visit, a new Esterhazy prince headed the household, who did not like music but enjoyed the caché of having Haydn as his staff composer. He sacked most of the musicians and required no specific duties from Haydn. This new freedom allowed Haydn to write for himself and for posterity in his final years. He wrote his greatest choral work The Creation in 1798 followed by The Seasons in 1801. He also penned the famous melody known as Austria, recognised today as the German national anthem. Between 1798 and 1800, he composed the Te Deum in C major and dedicated it to Empress Maria-Therese, second wife of Franz II of Austria. The first documented performance was in the presence of Lord Nelson, who had defeated Napoleon at the Battle of the Nile in 1798.

Some historians claim that this late period of Haydn’s career shows him developing a style which incorporates a social and political awareness, which prefigured the work of Beethoven and the move to romanticism. Certainly this Te Deum is a jubilant setting, without soloists, which creates a powerful and democratic statement of belief. The choice of C major and large orchestra also reminds us of that great chorus from the Creation, ‘The Heavens are telling the Glory of God’. Whether inspired by religion or politics, this work brims full of confidence and triumphalism.

Felix Mendelssohn was born into a wealthy German Jewish family, which converted to Lutheran Protestantism in 1816, when they moved from French-occupied Hamburg to Berlin. His grandfather was the philosopher Moses Mendelssohn and Felix enjoyed all the advantages of belonging to a family of intellectuals. His precocious talent was encouraged, he travelled extensively in Europe and studied the works of masters, thereby ensuring that in his short thirty-eight years of life, his output was impressive. Both the Organ Sonatas and the Sechs Sprüche were written between 1843 and 1846. With his wonderfully inventive and light-touch orchestral works behind him, these later works seem to develop the interest he had in the music of Bach and of the Renaissance choral traditions.

The four movements of the Organ Sonata No. 4 in Bb major form a symphony in miniature blending techniques of piano, orchestral and contrapuntal writing with Mendelssohn’s uniquely lyrical abilities.

Allegro con brio is a toccata with flamboyant trumpet-like passages. The Andante religioso is a simple, expressive melody reminiscent of Bach’s chorale movements. The third movement has a simple melody accompanied by an obbligato of continuous semi-quavers. The final Allegro maestoso e vivace is perhaps a surprisingly majestic movement after the more intimate movements which preceded.

The Sechs Sprüche zum Kirchenjahr Op. 79 are short settings of words from the Psalms and New Testament. Each uses one or two sentences appropriate to the season of the Church’s Year and concludes with Hallelujah. The 8-part writing lends a richness to each piece however gently and simply the words are set. At the fullest and most contrapuntal points, it is a truly awesome sound.

Advent is a joyous G major evocation in Renaissance style but with lush chording from the 8-part choir.

Christmas in the same key seems to bring something of the German carol tradition in the simplicity of the melody and block harmony.

New Year switches to D minor and is pensive at first. The build up as the words describe the creation of the world is dramatic but the certainty about God needs only the quietest utterance.

Passiontide cannot decide on major or minor – optimistic or pessimistic. It is a 24-bar gem of call and response ideas.

Good Friday is the most intense setting of all not surprisingly. Like a plainchant prayer, at first it explodes on the words ‘Therefore God exalted him’.

Ascension Day is a fitting choice to end the set. The key of Bb major is beloved for jubilant and festive music, which this is to be sure.

Anton Bruckner never quite lost his rural, introspective voice having grown up in northern Austria as a devout Catholic. Born in Ansfelden, educated at the St Florian Monastery School, organist at Linz (all within a five-mile radius of each other), with the rumblings of the Austro-Prussian war not so very far away at the border, perhaps it is not surprising that he chose to keep himself to himself. His style is forged out of the chromaticism of his hero Wagner and the more technical and austere lessons of harmony and counterpoint taught at that time. In the E Minor Mass of 1868, he forges the two into a uniquely expressive harmonic language and texture. It is also unique in liturgical music for combining the forces of eight-part chorus and wind band.

From the opening Kyrie we know we have entered a new sound world. It draws on the polyphonic style and antiphonal contrast of voices and instruments of Renaissance Italy. But this is polyphony suffused with the sumptuousness of 19th century melody and chromatic harmonies. Napoleon would have been impressed!