Katherine sang with the choir during its Magnificat! concert in January 2003. 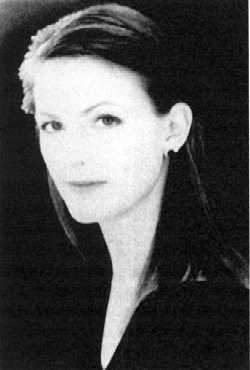 Born in 1979, Katherine Manley began her musical training at Leicester Arts In Education. Here she participated in various ensembles and choirs such as the Leicester Bach Choir and the Chanterelles, performing in venues including the Royal Albert hall and the Queen Elizabeth Hall.

For four years from 1997 she was scholar studying at the Royal Scottish Academy of Music and Drama, where she was chosen as the young singer to represent the college in the Kathleen Ferrier Society Bursary. She has appeared in master classes with Benjamin Luxon, Roger Vignoles and recently with Sarah Walker. She took part of college opera performances of Mozart’s Don Giovanni, Così fan tutte and Bizet’s Carmen.

Katherine is now continuing her postgraduate training on the Diploma Course at the Royal College of Music.

As a soloist Katherine has worked with both amateur and professional performances of oratorio and as a member of the RSAMD Chamber Choir performed with the BBC Scottish Symphony Orchestra. Forthcoming engagements include work with Opera Holland Park, and singing in Händel’s Messiah, Haydn’s Nelson Mass, and an orchestral recital in Cambridge of Britten’s Les Illuminations.