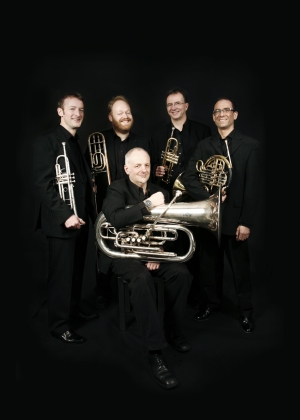 Mardi Brass is a versatile and dynamic brass quintet which performs music in a plethora of musical styles spanning six centuries. Since its founding in 1992, the group has performed throughout Britain, thrilling audiences with its blend of music and humour.

Mardi Brass has performed at the Edinburgh Fringe and made an appearance on BBC2’s Edinburgh Nights, playing for the Perrier Comedy Award presentation. Other broadcasts have included In Tune on BBC Radio 3, a cameo appearance on BBC1’s Panorama and numerous features on local radio stations. In 1993 Mardi Brass took part in ClassicFM’s first birthday celebrations. The group has performed at prestigious venues such as the Purcell Room on London’s South Bank and has undertaken several tours of Britain and the Channel Islands.