Review of the concert by The Cantate Choir at Chapel of St Augustine, Tonbridge School. – 26th January 2003 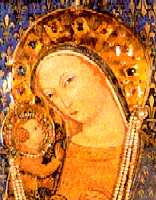 Three setttings of the Magnificat in one afternoon may sound like two too many, but thanks to some very ingenious programme planning and superbly authentic performances by the Cantate Choir, the London Pro Arte Baroque Orchestra and a well-chosen group of soloists, a packed audience in the Tonbridge School Chapel last Sunday enjoyed a rare feast of joyous and celebratory music-making.

Mounted by Dr Stephen Coles as part of this year’s Tudeley Festival, this unique concert was given in aid of the Tonbridge Cottage Hospital, who are raising money for much-needed ceiling hoists to make patient care easier for the staff and patients alike. The programme consisted of two Magnificats in D major, the first by Carl Philipp Emanuel Bach, and the second composed by his father, Johann Sebastian, some twenty years earlier.

Sandwiched between these two works – and this is what gave the programme such an intriguing shape – was a third Magnificat, composed in the latter part of the 17th century either by Jean Baptiste Lully or Couperin Le Grand, for two sopranos, organ and cello. The young sopranos were Amy Feston and Katherine Manley whose voices, although contrasting in character, blended together extremely well. As in the two Bach works, they brought to their performances a high degree of musicianship and insight. I do not know how much, if at all, they have sung together in the past, but I think we may have in the making here a future duo to compare with Felicity Lott and Ann Murray, which is high praise indeed.

Equally impressive were their colleagues William Purefoy, James Oxley and Jonathan May, in the two works by members of the Bach family. Purefoy, a wonderfully mellow counter-tenor – if that’s not a contradiction in terms – and the tenor James Oxley were heard to great advantage in the CPE Bach Magnificat, especially in ‘Deposuit potentes’ duet, while the bass-baritone Jonathan May, accompanied by chamber organ and cello, dealt powerfully with the unsympathetic acoustic of the Tonbridge School Chapel in, for example, ‘Quia fecit mihi omnia’, the one bass aria in JS Bach’s work.

The Cantate Choir, until recently known as the Chantry Choir based in Sevenoaks and directed by Robin Walker, director of music at St.Giles-in-the-Fields parish church in London, provided admirable support throughout, as did the London Pro Arte Baroque Orchestra led by Theresa Caudle and conducted by Murray Stewart. Special mention should also be made of the two oboes, who wove the usual Bach spell around many of the soprano arias, together with the splendid baroque trumpets, and the harpsichord and chamber organ parts performed by Kathryn Cok and James Longford. In the hands of all these dedicated musicians – soloists, chorus and instrumentalists – the causes of music and of medicine were, in equal measure, very well served.