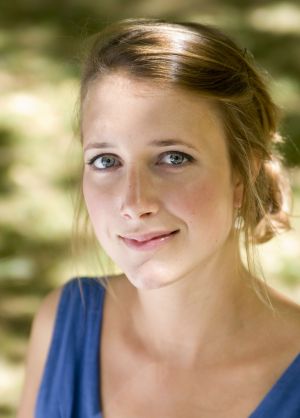 Sofia Larsson graduated with a first-class honours degree in Music from King’s College London in 2009 and completed the ENO Opera Works training programme in 2011. She currently holds the Draper’s Baroness de Turckheim vocal scholarship at the Royal Academy of Music, where she is on the preparatory opera course in her second year of an MA in vocal performance, studying with Philip Doghan and Audrey Hyland. Sofia is a member of Song Circle, with whom she recently performed at the Oxford Lieder Festival. Last year she won the Elena Gerhardt Lieder Prize and was awarded the Andrew Sykes Prize.

Sofia is very grateful to be supported by the Maaike McInnes Charitable Trust, the Cosman Keller Art and Music Trust, the Musicians Benevolent Fund and the Josephine Baker Trust.