Susanna sang with the choir during its Rossini Petite Messe Solennelle concert in March 2011. 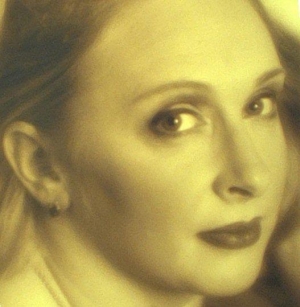 Suzanna was born in Essex, and began study as a scientist, gaining first a degree in Biology from Kings College, London and then a Postgraduate Diploma in Environmental Science. In 1993 she went to study at the Royal Academy of Music and graduated in 1996 with a Diploma of Advanced Studies in Voice. For the past 15 years, she has worked as a freelance Soprano. Oratorio repertoire includes Dyson Hierusalem, Mozart Exsultate Jubilate and Rutter Requiem with the London Choral Society directed by Ronald Corp. She has also sung the dramatic oratorio role of the Virgin Mary, in Honneger’s Joan of Arc at the Stake, with the Crouch End Festival Chorus, directed by David Temple. Operatic roles include Ludmilla in Smetena’s Bartered Bride, for Almaviva Opera and Belinda in Purcell’s Dido and Aeneas on tour in Catalonia, directed by Nigel Rogers.

Suzanna has been the featured artist with the North London Philharmonia directed by Ronald Rappoport, with whom she performed six Richard Strauss Orchestral Songs.

She has given many recitals and concert tours for the Council for Music in Hospitals throughout England, working regularly with Accordionist, Janet Beale.

Suzanna sings regularly with the Alexander Marks String Quartet in Merseyside, Lancashire, and has recently performed as guest artist with Occassional Strings. She gives regular song recitals in Hertfordshire.