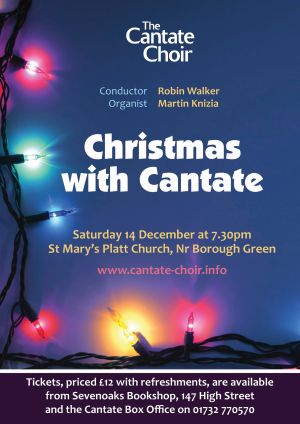 What sweeter music can we bring than a carol, for to sing the birth of this our heavenly King? John Rutter

This year’s programme is very much celebrating the season with songs of rejoicing. The heavens resound with jubilant praise and we sing to the Lord a new song with timbrel and harp. Church bells ding dong merrily and Sir Christémas bids us joyfully sing nowell, nowell.

However, the tradition of special songs for Christmas is not as old as we like to think. The word carol refers originally to dancing songs or circle dances, which could be used at any time of the year. The earliest known were in Latin and hence deeply unpopular with ordinary people. It was St. Francis of Assisi who restored the popularity of Christmas with his nativity plays, which told the story through song, dance and theatrics. The development of rhyming verse in the Middle Ages led to songs with verse and refrain and this remains a dominant structure for popular seasonal songs.

Resonemus Laudibus is an excellent example of this. The 14th century Latin carol has delicious regular rhymes but the refrain based on plainchant ends up with seven and six beats in a bar. David Willcocks’ arrangement brings a modern excitement to the piece, which would not have been out of place all those centuries ago.

The church remained unhappy with such unauthorised and doctrinally suspect songs, especially as the common folk seemed to like them! The tradition of groups of carol singers in the streets came about because the songs were banned in church. The waits, often led by a civic dignitary, were groups of singers who were allowed to collect money in the street without the fear of arrest for beggary. They sang on Christmas Eve, which is ‘watchnight’ or ‘waitsnight’, remembering the shepherds who were watching in the fields and saw the star.

Music was banned completely by the Puritans in the 17th century and it was the Victorians who restored and developed Christmas as we know it today. Many of our best-loved carols were written at this time; Hark the Herald Angels Sing, Away in a Manger and Once in Royal David’s City almost certainly were popularised in the 19th century.

In among the popular carolling, we have absolute jewels of art music written by many of the greatest composers, who take some aspect of the doctrine of God made Man, which is at the heart of the Christmas story. Hector Berlioz was a French composer well-known for his massive works for orchestra and singers. The Shepherds’ Farewell from his oratorio L’Enfance du Christ is such a slight and tender piece that it could easily have been overlooked. It is probably this very simplicity and charm that has ensured its lasting place in choral programmes.

The simple hymn All my heart this night rejoices by Johann Georg Ebeling is probably a Lutheran carol, written for a service. It would have disappeared along with many other earlier works but for the efforts of editors, composers and arrangers like William Sandys and Davis Gilbert in the 19th century, Vaughan Williams and William Matthias in the early 20th and John Rutter and David Willcocks in the present period.

The motet Singet dem Herrn was written by J S Bach in about 1726 and may originally have been a funeral piece. Another theory is that he wrote his six motets as demonstration pieces for his students, “here’s one I did earlier!” If true, the complexity of this one in particular would, I suggest, have sent all but the most determined student looking up alternative professions in the Leipzig Situations Vacant pages! Written for double choir in three sections, it elaborates the words from psalms 149 and 150 and a poem by Johann Gramann. It is a virtuoso tour-de-force both in terms of composition and the performers. More than once one choir develops the text in fugal form, which the other choir accompanies. This had never been done before. When Mozart visited Leipzig in 1789, a performance of Singet dem Herrn was put on for him. Afterwards, he is said to have exclaimed, “That is really something from which one can learn a great deal!”

Part 2 words by Johan Gramann
Wie sich ein Vater erbarmet Gott, Like a father, may God have mercy on us
Nimm dich ferner unser an, And comfort us further,
Über seine junge Kinderlein, Just as with his young child,
So tut der Herr uns Armen, So the Lord acts for us poor people,
So wir ihn kindlich fürchten rein. And, pure and childlike, we fear him.
Er kennt das arm Gemächte, He knows us poor beings,
Gott weiß, wir sind nur Staub, God knows we are like dust,
Denn ohne dich ist nichts getan For without You is nothing done
Mit allen unsern Sachen. With all our affairs.
Gleichwie das Gras vom Rechen, Just as grass loses its flower and leaf
Ein Blum und fallend Laub. By the rake.
Der Wind nur drüber wehet, The wind just blows over it
So ist es nicht mehr da, And it is no longer there.
Drum sei du unser Schirm und Licht, Therefore, be our protection and light
Und trügt uns unsre Hoffnung nicht, And let not our hope be deceived,
So wirst du’s ferner machen. That thus will you do in the future.
Also der Mensch vergehet, Therefore does man pass,
Sein End, das ist ihm nah. His end is near.
Wohl dem, der sich nur steif und fest Happy is he who strongly and firmly
Auf dich und deine Huld verlässt. Relies on you and your grace.

Part 3 Psalm 150 vv.2 and 6
Lobet den Herrn in seinen Taten, lobet ihn in seiner großen Herrlichkeit! Praise him for his mighty acts: praise him according to his excellent greatness.
Alles, was Odem hat, lobe den Herrn Halleluja! Let everything that hath breath praise the Lord. Alleluia.

Morten Lauridsen is the most-performed, living American composer. He is sometimes described as a mystic for his works, particularly his sacred choral pieces, seem to conjure up an other-worldly, meditative state. O magnum mysterium is possibly his best-known. His skill lies in fusing the simplest lines of melody and harmony (almost like medieval plainchant) with enough modernity to engage the listener in his sound world. And listen you must, for the nuances are so quiet and slight that, if you even breathe, you may miss them.

If Sir David Willcocks has had a profound effect on the musical life of choirs in this country, then we can safely say that John Rutter CBE has done so around the world. A quick tally of the index of Carols for Choirs Bk.2 alone (known in choir circles as ‘the orange one’) shows them on 23 apiece out of the 50 in the book. However, John Rutter is not just a skilled arranger but a composer of original words and music too. Willcocks described him as the most gifted composer of his generation. What sweeter music and Nativity carol are two contrasting but very typical pieces from his considerable oeuvre. Sweetness and sentimentality characterise the modern Christmas season and so does his music – to perfection!