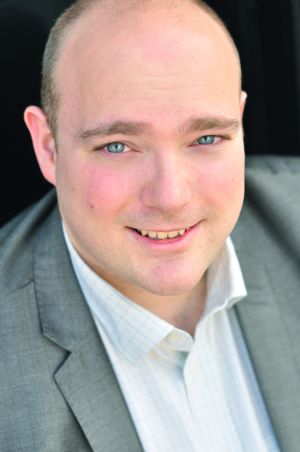 Iain was born in Inverurie in Aberdeenshire and it is somewhat of a miracle that he is a singer at all. He was born with a congenital disorder resulting in under-developed larynx muscles – a rather useful set of muscles when it comes to singing. No one would have predicted that 26 years later he would have debuted on the opera stage, as Tito in Mozart’s Clemenza Di Tito for Hampstead Garden Opera and would now be studying on the prestigious Royal Academy Opera Course. Iain also recently graduated with distinction in his MA from the Academy and was awarded the Sir Thomas Armstrong Prize, and the Gabrowsky Connell Prize for outstanding performance.

Iain’s main experience lies in choral music, having been a Cathedral Lay Clerk at Aberdeen, Norwich, Wells and Christ Church Oxford. During his 12 years as part of the choral tradition he enjoyed going on tour to Norway, Malta, Germany, USA and South Africa. He also featured as a soloist with Wells Cathedral Choir on recordings of Kenneth Leighton’s World’s Desire and David Bednall’s Flame Celestial.

Becoming increasingly more in demand as an oratorio soloist, Iain has sung for many choirs and choral societies across the UK and Europe. Recent highlights include Elgar’s Dream of Gerontius in the Fairfield Halls, Croydon, Handel’s The Messiah in Hamburg and Haydn’s Creation in Aberdeen Music Hall.

Iain is very proud of his Scottish roots and of his hugely supportive family, venturing home to do concerts as much as he can. He is also very proud to be studying with fellow Aberdeenshire tenor Dr Neil Mackie and fellow Scot Audrey Hyland.

Iain is currently supported by the Michael James Music Trust, Josephine Baker Trust, The Robertson Trust, The Sir James Caird Trust, The Royal Society of Musicians and The Alan and Jette Parker Scholarship.