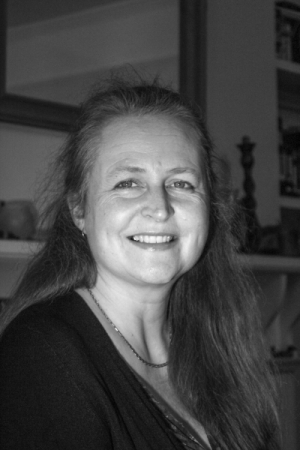 Linsay trained at Aberystwyth University, earning a joint honours B.A. in English and Drama. She has participated in many amateur and semi-professional productions: plays, musicals, operas, cabarets and reviews. Highlights include Nellie Forbush in ‘South Pacific’, both Joyce Harper and Miss Gossage in different productions of ‘The Happiest Days of Your Life’ and Third Priest in ‘Jesus Christ Superstar’ – a professional production which she also choreographed (and understudied Caiaphas and Herod!). Linsay worked as a theatrical dresser and (briefly) wardrobe mistress at the Yvonne Arnaud Theatre in Guildford.

Linsay has also worked in television as a Producer’s Assistant at Euston Films (productions including ‘Capital City’, ‘Selling Hitler’ and ‘Anglo-Saxon Attitudes’), P.A. to the Controller of Drama at London Weekend Television and a Drama Script Editor at the BBC (‘Silent Witness’ series 2 and ‘The Hello Girls’). She re-trained after having her two children and is now a primary school teacher who dabbles in voice-over work, when the opportunity arises.