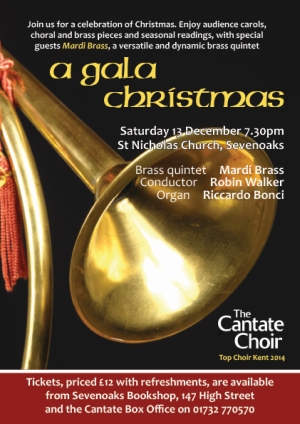 I find it endlessly fascinating how differently people respond to Christmastide. You have the ‘it’s just for the children’ brigade who love all the presents and games but don’t like to admit it. There’s the ‘Bah! Humbug!’ fraternity who, like Scrooge himself, love it really when they get involved. Then there are the crusading spirits who like nothing better than to spend the time in a soup kitchen or the superior thinkers who pontificate on the true meaning of Christmas, while nipping at their port and mince pie. And let’s not forget the (British?) view that it does not really matter as long as it snows!

Sidney, Lord Godolphin wrote his Hymn in the 17th century. He was a Royalist MP for Helston in Cornwall at the time of the Civil War. His response, his Hymn, is an intelligent discussion of how the Wise Men, despite their knowledge and wealth, needed the input of the shepherds, the poor, ignorant working people, to find their way to the manger. The message is surely clear and as pertinent today as it was then and indeed two centuries ago, when Roman rule kept the poor firmly under the military and administrative boot. He suggests that, providing your heart and your intentions are sincere, then you cannot go far wrong.

So it is our intention to represent the many and varied responses to the Christmas season through our music and readings. We have the medievalism of Adam lay y-bounden to start the inevitable, pre-ordained journey from the Garden of Eden to the Crucifixion and the modernism of Arvo Pärt, whose 1990 hymn, Bogoróditse Djévo (Mother of God and Virgin), leans heavily on ancient Russian Orthodox chanting.

We have the scholarly and very French understatement of the Hymne à la Vierge by Pierre Villette. He was born in 1926 and studied with Maurice Duruflé. They shared influences from medieval music through to the melodic worlds of Fauré and Debussy. Contrast with this the far-from-erudite ‘Boar’s Head Carol’, which, despite the attempt to impress us with Latin phrases, is essentially an endorsement of the ‘eat and drink more than is good for you’ rule of Christmastide.

Michael Praetorius was a German composer and musicologist active in the early 17th century. From 1605 to 1610, he edited Musae Sioniae, a collection of 1244 arrangements of songs and hymns in nine volumes. You might assume that ‘In dulci jubilo’ from Part II would be a rather serious affair but in fact it is a dancing, imitative setting of the traditional tune with some additional harmonisations for brass by J S Bach. Our preconceptions about T S Eliot as an imposing, somewhat impenetrable poet (The only “method,” Eliot once wrote, is “to be very intelligent.”) are also confounded in his poem ‘The Cultivation of Christmas Trees’. He wrote this as a contribution to a literary project wherein very illustrious writers contributed holiday-themed works to a collection published in Britain in 1927. He wishes that we hang on throughout our lives to the sense of wonder that the young child has at the sights and smells of Christmas. He cites St Lucy, whose day on December 13th is widely observed in Nordic countries.

A young girl with crown of flaming candles is processed through the town. It is a time for eating, drinking and giving of gifts and is the Christian version of Yol or Yule, which marked the winter solstice.

The traditional carols, which we invite the audience to sing with us, are definitely given a dusting of snow, courtesy of the Mardi Brass arrangements. These are skilfully and wittily put together by Edward Maxwell (trumpet) and Adam Wolff (trombone). They are published under the title ‘Hark’ by Mardi Brass Publishing and we are grateful to the group for the use of them tonight. “Let it Blow” is a humorous romp through modern American Christmas songs in a medley arranged by Richard Hammond, not as far as I know a mad driver, but sometime trumpeter with Mardi Brass. I apologise to Superior Thinkers for the use of the word medley but that is what it is and this is another essential Christmas element, which can cover any facet of the season. According to the BBC Good Food guide you should make a ‘honey-mustard steamed green vegetable medley’ for Christmas but this is just posh sprouts to the Crusading Spirits. Or my favourite: Chocolate-covered fruit medley from Dilettante.com. ‘Chocolate is high in antioxidants and … include dried fruits that are also high in antioxidants.’ Healthy? No! It is just more of the ‘eat and drink more than is good for you’ rule. And what’s more, 36oz is not ‘perfect size for parties or get togethers’, it is a portion for one!

Yes, I do sit firmly with the ‘Bah! Humbug!’ fraternity but I still love the music of Christmas, be it the simplicity of ‘There is no rose of such virtue’ in this medieval setting or the full-throated Christmas motet ‘Rejoice and be glad’ by Felix Mendelssohn. There is something heartening in midwinter to revisit these ideas and revelations every year and to perform them and enjoy them with an honest heart. I am with T S Eliot on this one and sincerely hope that I can still marvel if only at the music of the season when I am eighty.